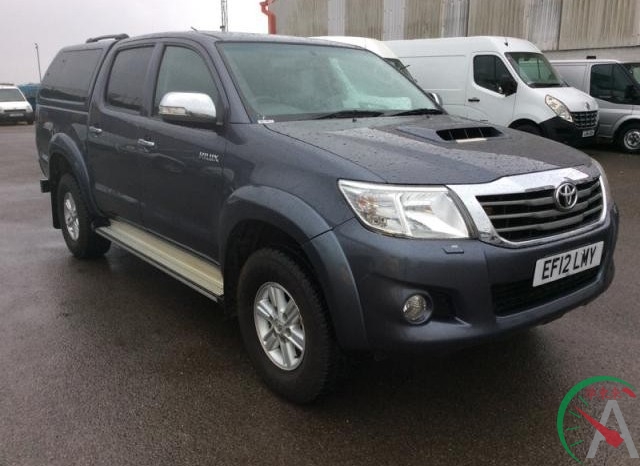 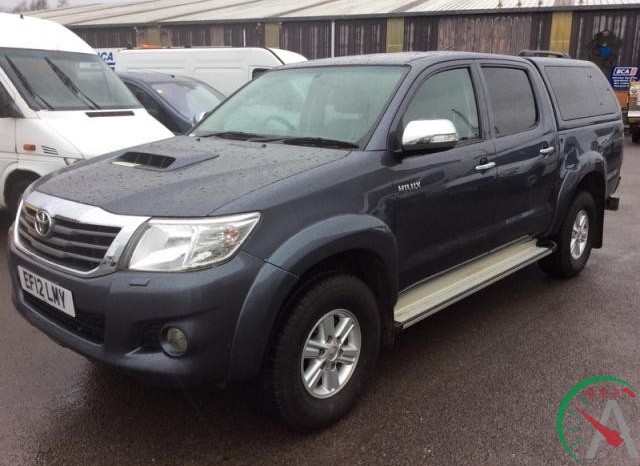 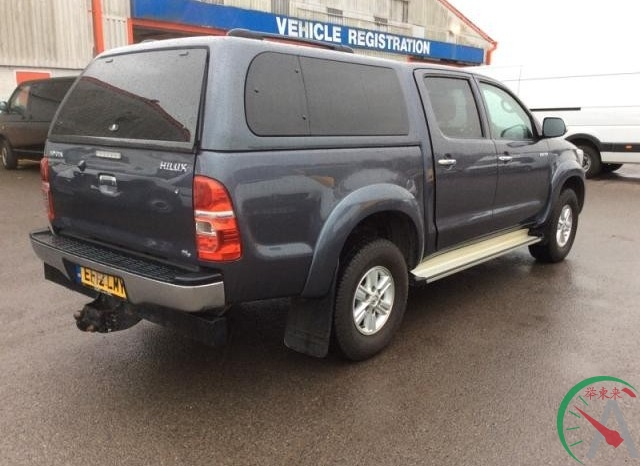 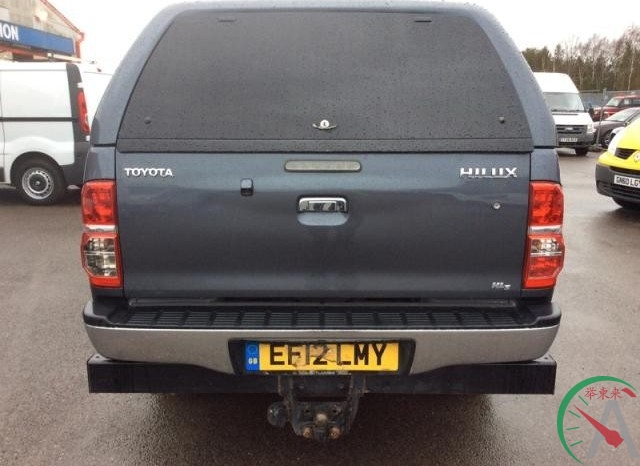 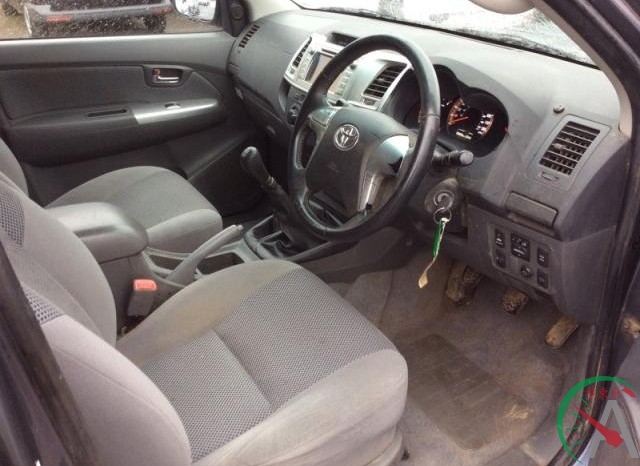 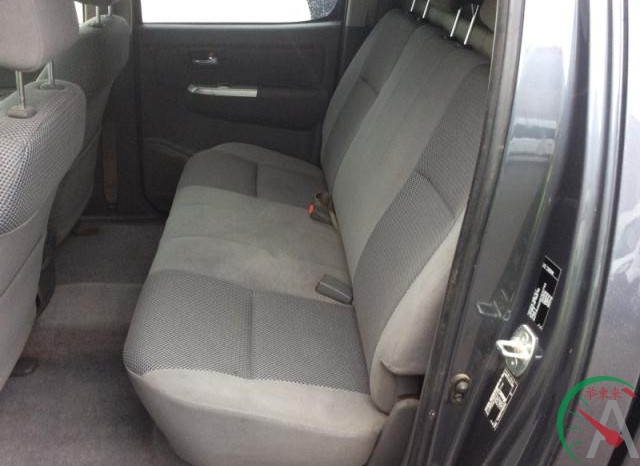 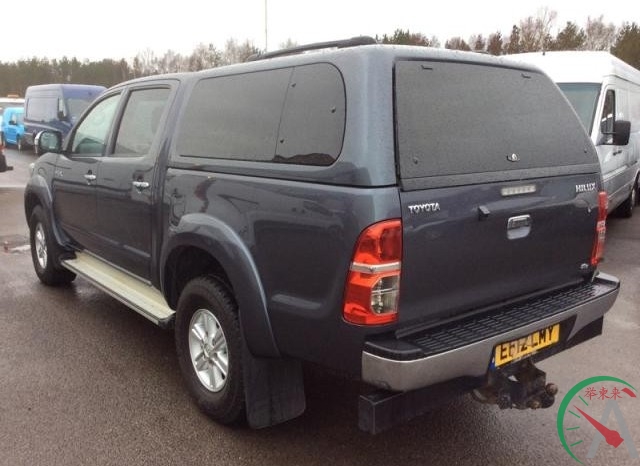 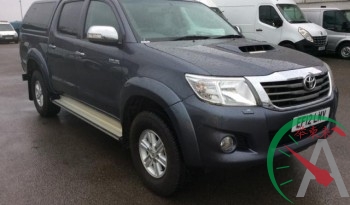 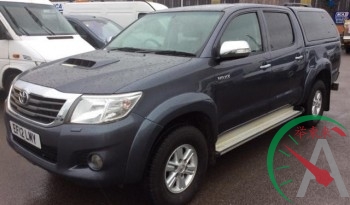 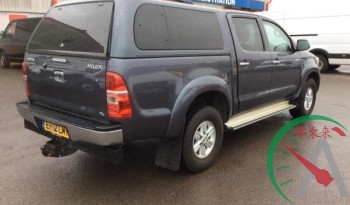 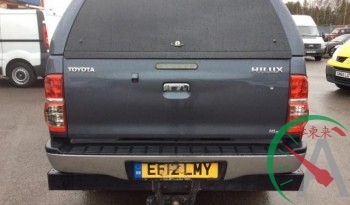 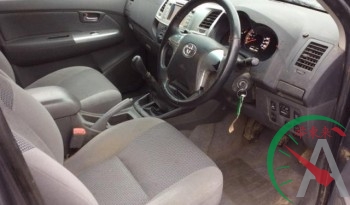 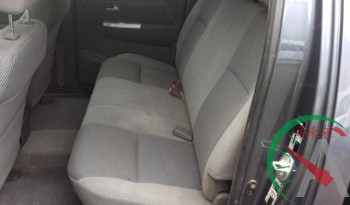 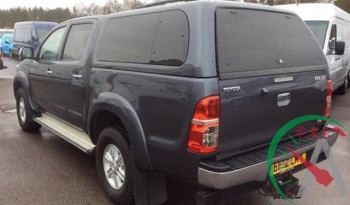 The seventh generation Hilux (AN10/AN20/AN30), part of the IMV program, started production in Thailand during August 2004.[14] Three pickup truck body variants were initially produced: a two-door Single Cab (referred to by Toyota as IMV1), a two-door Xtra Cab (IMV2), and four-door Double Cab (IMV3).[23] In September 2008, Toyota released the Smart Cab, a four-door with hidden rear suicide doors.[24] The IMV program also spawned the Toyota Innova (AN40) minivan (IMV4) and Toyota Fortuner (AN50/AN60) SUV (IMV5).[14] The similar Toyota Tacoma pickup truck, introduced in February 2004 for the 2005 model year, is based on the 4Runner chassis, while the AN10/AN20/AN30 Hilux rides on an revamped version of the ladder frame found on previous versions. The Hilux increased in size and then became classified as a mid-size pick up.

Hilux models sold in Asian, Europen, Middle Eastern, and Oceanian markets are built and assembled in Thailand.[14] In Thailand, the vehicle is called the Hilux Vigo, or simply Vigo.[23] For other European markets and South Africa, the Hilux is built in Durban, South Africa.[14] As of December 2009, it is the best selling vehicle in South Africa. Those sold in South America are made in Argentina, as with the previous generation Hilux. However, the engines are built in Japan (where they are also used in the Prado) instead of Argentina.[citation needed]

In Malaysia, the Hilux is only available in 2.5 L with the option of single cab or double cab.[citation needed] The double cab model has an automatic transmission variant. It uses the same engine as other Asian countries (in-line, 4-cylinder, 16-valve, DOHC Turbo Diesel with common rail direct injection), however engines used in Malaysia differ in their maximum output of 75 kW (101 hp) at 3600 rpm and maximum torque of 260 N·m (192 lbf·ft) at 1600–2400 rpm.

In Singapore, the Hilux is available as a single cab with the 2.5 L engine or a double cab with the 3.0 L engine. Notable fleet customers include private taxi operators, for whom the double cab model offers additional load space versatility, and the Singapore Police Force and Pakistan Police, which employs it as a patrol vehicle.

This generation was revealed for Argentina on 2 March 2005 in Buenos Aires with a market launch in April.[25]

Two Hilux pickups were entered in recent years of the Dakar Rally by the Imperial Toyota team of South Africa. Driver Giniel de Villiers achieved third place in 2012, second place overall in 2013, 4th in 2014, and again second place in 2015. These however, were heavily modified non-production versions built around a custom racing-only tubular chassis and using a larger capacity Toyota V8 engine.[26]